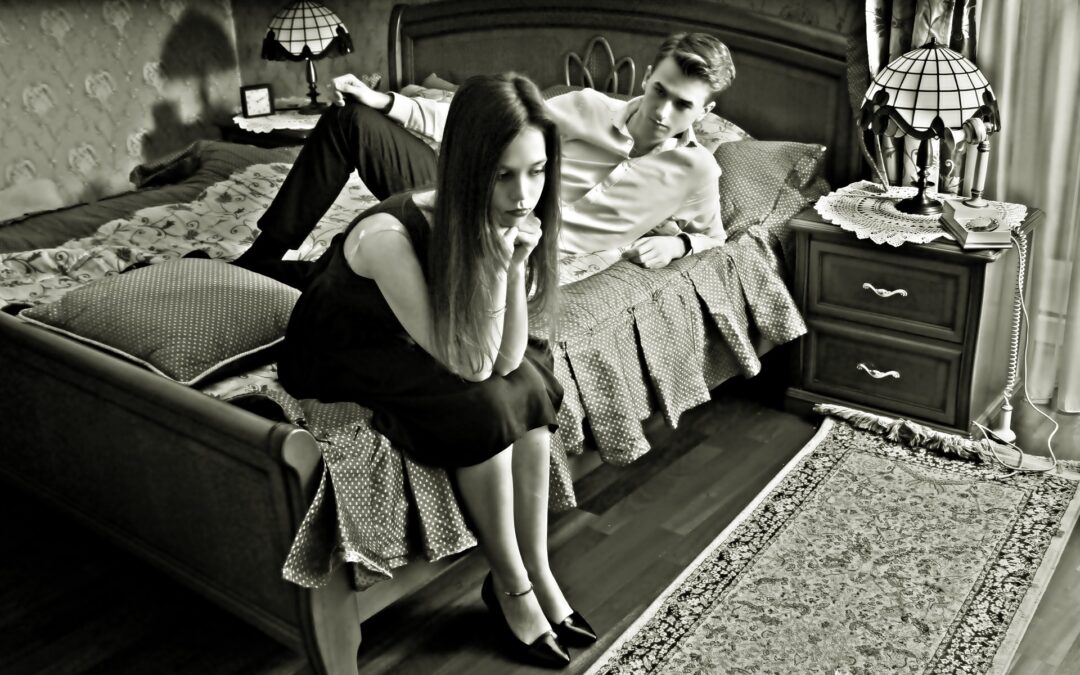 Some people have pattern of abusive relationships. Sometimes those relationships can represent their entire relationship history. Sometimes it’s just one long nightmare in a marriage that should have never started, and other times its a string of endless narcissists, misogynists, cheats, batterers and so on.

Abusive relationships reflect our own boundaries. Anyone can be deceived by a smooth-talker-turn-abuser, at least once in their lives, but how long you allow them to stay in your life is the issue here. A bad experience should prompt caution for next time, and perhaps recognition of certain patterns in some cases. But to experience serial abusive relationships indicates that you have yet to set your boundaries and most probably you have a negative belief around self-worth driving this pattern.

Jayne experienced a really positive relationship for a few years in her 20’s. The break up was amicable – it was simply time to move on. At that point Jayne left her comfortable base and relocated back to her parents hometown to stay with them for a while. She left behind a good job and a good group of friends. What Jayne had done in fact was to go straight back into a difficult family relationship, particularly with her father.

Nothing Jayne could do would ever be good enough for her Dad. His expectations were unreasonable and he lacked the ability to be emotionally supportive. He had in fact been a very violent father when Jayne was young. Her learning as a child was to strive to please him, always trying so hard to gain his approval, but he never gave it.

From this point on, Jayne ‘attracted’ a series of abusive relationships into her life. For the next eight years each new relationship was worse than the last. She was bullied, cheated on, repeatedly lied to, rumour mongered, physically abused and forced into abortions on two occasions by her respective partners.

Jayne was a shell of a woman when she came into the clinic. She was in fact mourning her life. It was not until she told me about her relationship with her father that it all made sense to me. She had been harbouring a belief that she would never be good enough. This is a belief she formed as a child.

Because it was so entrenched we needed to work deep. A regression back to the cause took us a good distance in changing that belief but Jayne was in fact suffering from PTSD as a result of her experiences. She was still in shock, reliving that shock on a daily basis. The Rewind technique I used with Jayne helped her to take the trauma down from a 10/10 to a 5/10 intensity, and then we were able to do more work around moving forwards. We did several techniques to break this pattern of belief which was no longer relevant, and Jayne could begin to leave the past behind, where it belongs.

It would take Jayne a little longer to be able to place herself in the future and genuinely sense herself as happy. This is a gauge I often use to ascertain how well we’re doing, especially in long-term trauma cases such as this. But by the end of the fourth session, she was now able to do this.

If you need assistance with abusive relationship issues, we can help. Horizons Clinical Hypnotherapy Sunshine Coast.