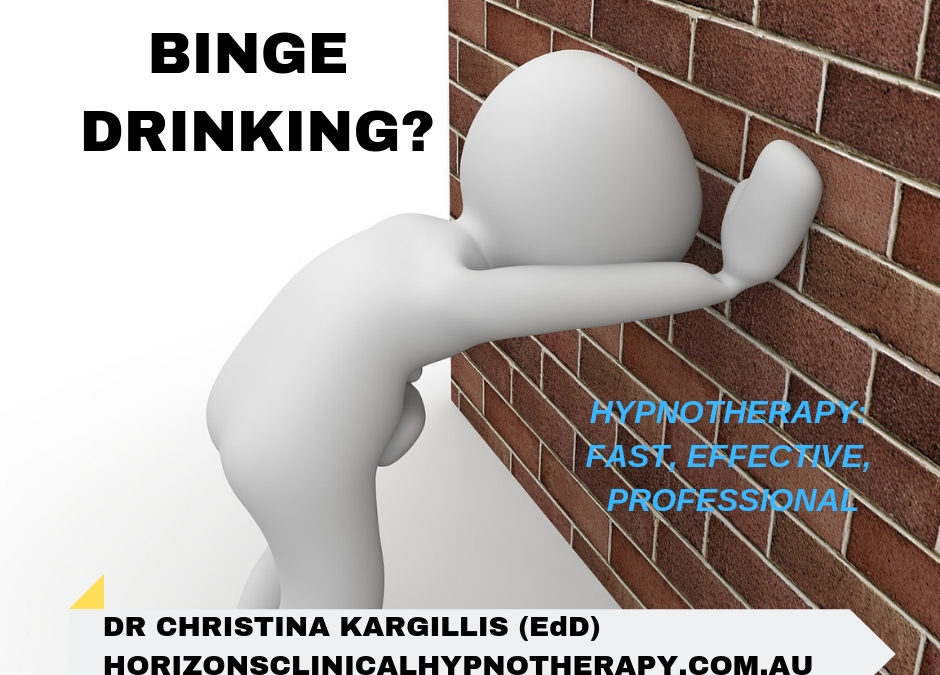 One of the most common habits I treat on the Sunshine Coast is binge drinking. Binge drinking hypnotherapy involves a varied approach, depending on the client.

To give you some idea of the problem, I’ll FF through a few relevant cases studies.

Michael was a binge drinker. His parents were alcoholics and drank heavily. From a young age he witnessed that the way to deal with any pressure was to abuse substances for relief. It became a mindless habit. He didn’t even need to feel pressure to start drinking, he just drank on autopilot.

To help Michael I took him through various regression sessions, including an ancestral healing timeline so that he could put the problem into context, back when it began for his parents. This way he could view it objectively and notice his place in the chain. Changing it for his parents made sequential changes for Michael. We upgraded his unconscious mind about the ability to have choice, rather than follow the rules of others. We did lots of work but these were the two main themes. He is now in control of alcohol.

Renee was an alcoholic and a cigarette smoker. She had a history of depression and used substances to offset the emotional lack that she was experiencing. We worked on Renee’s depression by building motivation and resolving past trauma. We also worked on aversion to alcohol. These three elements together helped Renee quit drinking as she discovered better and more useful things to do to match her new sense of self.

Johnny was self employed. His business was successful but it was highly stressful. He had experienced some serious losses through it in the past. He was caught in a loop of fueling his body with drugs and alcohol to keep going.

We worked primarily on anxiety with Johnny. We released the trauma of past financial loss and we explored stress management techniques, while also building a more stable future vision. Johnny was able to then function without fear of loss.