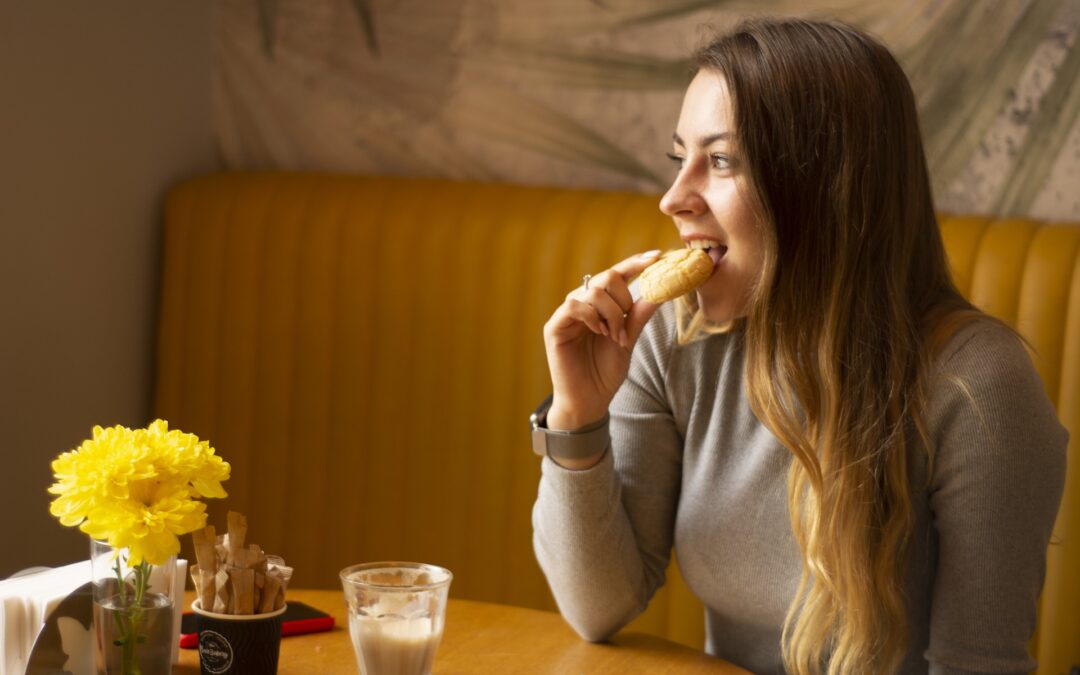 Emotional blocks seemingly sabotage many of our goals, whether its chasing a career goal, improving athletic performance, study, resolving relationship patterns, losing weight, just to mention a few. I say they seemingly sabotage us because I don’t actually believe in self sabotage. Your unconscious mind is working in a dysfunctional way in these cases, but its intention is good. The reason for that dysfunction often involves emotional blocks.

Imagine this… You have been packing on the kilos year after year for the past eight years, and you just can’t seem to get control of your eating habits. Each day you reach for the carbs or the straight sugar as a treat that might give you a lift. For many, that ‘lift’ is an emotional boost that for a mere five minutes, that makes you feel better about things, and then, of course, you feel worse for having given into yet another chocolate bar, muffin, biscuit or whatever. Sometimes its a savoury fixation – KFC, cheese and crackers – it’s still a treat that serves to lighten your load, while in reality, making ‘things’ a whole lot heavier.

Deb had two miscarriages and one stillborn within the last ten years. She desperately wanted a child but it was not to be. Her grief was deep.There was an empty space in her that had spread out between herself and her husband, forming a division. The relationship had cooled. Although there was no-one else in the world who understood her pain as well as Chris, her husband, Deb felt alone.

As a fairly rational person, Deb has reviewed her story many times and has accepted her fate. But emotionally, her misfortune has created blocks in her sense of purpose. This loss of purpose was something she felt, but was not cognitively aware of. After all she had a good job and was highly valued by her employer. These emotional blocks were appearing as carbohydrate cravings, causing Deb to reach for un-useful foods that only served to add fat and further lower her self-confidence.

On an unconscious level, Deb’s cravings were a way of trying to get her a reprieve from the lack of purpose she was feeling. Once she became aware of this, it made sense. We replaced the snacking with something else that her unconscious mind ‘approved of’, and we did some grief work to help Deb shift her sense of loss. We also did direct weight loss hypnotherapy and some NLP to get Deb into the state of already being successful in her goal.

I didn’t see Deb after we completed the hypnotherapy weight loss package, but my guess is that her relationship has also improved as a result of letting go of that sense of loss, and getting her ‘mojo’ back in terms of her self-image.

If you have a goal that you are finding difficult to achieve, it may be that you too have emotional blocks that stand in your way, and perhaps its time to do something about it. Horizons Clinical Hypnotherapy Sunshine Coast