Emotional Pain, In the Leg! 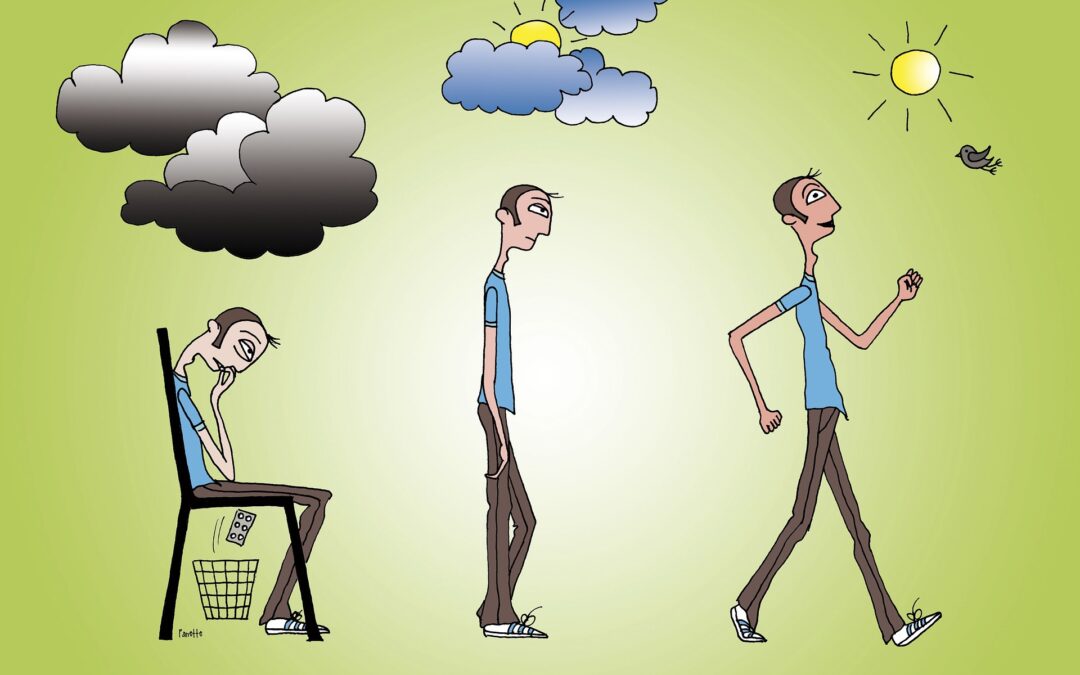 Alex came to see me about anxiety. She was mid 50s and had suffered panic attacks while traveling on boats, even standing on a pier. She also suffered from excruciating pain from her right hip, down to her knee. Little did she know that this, along with her panic attacks, was due to emotional pain.

I saw Alex for four sessions. It became clear pretty early on that on the surface, her panic attacks were a fear response that she might experience nausea on the boat, and vomit, in front of other people. After session two she was feeling confident about getting onto a boat, without that fear of sea sickness. Good job. But wait, there’s more…

Past Trauma, Emotional Pain and Anxiety

When we traced Alex’s panic attacks back, through a timeline therapy technique, we found Alex as a six year old child, experiencing sexual abuse from a male relative. The experience lasted over several years and sadly, Alex was so young she didn’t understand what was happening. She didn’t speak up. She knew she felt anxious but she didn’t understand. Confusion was the main feeling she experienced, along with a ‘dirty’ feeling.

This panic was not just about boats. The boating just brought out some of the same sensations that she had experienced as a child through this abuse. For instance, Alex felt shame at the thought of vomiting in front of others. This is the same feeling she had around that ‘dirty’ feeling over her abuse. “What will they think of me?” You see, that feeling of panic was in fact a feeling of loss of control, through the abuse. That loss of control is also what happens with sea sickness.

Feeling a loss of control involves a loss of power and in Alex’s case, many other losses. We wrote a list of around 20 emotional states or resources that Alex felt she was robbed of, during those awful years. These things included her sense of trust, innocence, confidence, and the list goes on. But we managed to retrieve each and every one of these losses, to help make Alex whole again.

You can imagine that these last two sessions were pretty heavy, but Alex handled them extremely well. She was ready to heal. She wanted to make the most of the rest of her life. During therapy we reframed her abuse so that Alex came out of it in a powerful, resourceful way. She managed to drop that fear, that ‘dirty’ feeling that had weighed her down for 40 something years, and she could now see a better future.

Ok, so back to the leg… Miraculously, the pain in Alex’s leg vanished at the end of that last session. She couldn’t believe it. She told me she had spent thousands of dollars on medical and alternative approaches to eliminate this pain because it seriously impacted her enjoyment of life. It was a proverbial pain in the leg. But now it seems, it was emotional pain that had manifested in her body. Now that her emotions were healthy again, there was no need for the pain.

I have seen miracles when a person heals emotionally. I never promise and I never expect it to happen, but I have seen it enough times to know that healing the heart and mind, can heal the body, in some clients. It would depend on several things – Is the pain emotionally caused? Is the client ready to release the pain? Is the client committed to the process? There are many other factors to be taken into account, but there are no guarantees.

On the other side of the argument, the esteemed Milton Erickson, one of hypnotherapy’s poster boys, was in a wheelchair most of his life. His issues were medical. Hypnotherapy could not help him. Hypnotherapy is not a magic pill. We are not faith healers, yet we have faith. But if your pain is emotionally related, healing your inner wounds might help you physically, too.

If you suffer from traumatic experiences or negative beliefs that are still hampering your life, physical pain or not, it might be time to get rid of them, and move forwards. See how things change for you 🙂 Horizons Clinical Hypnotherapy Noosa.