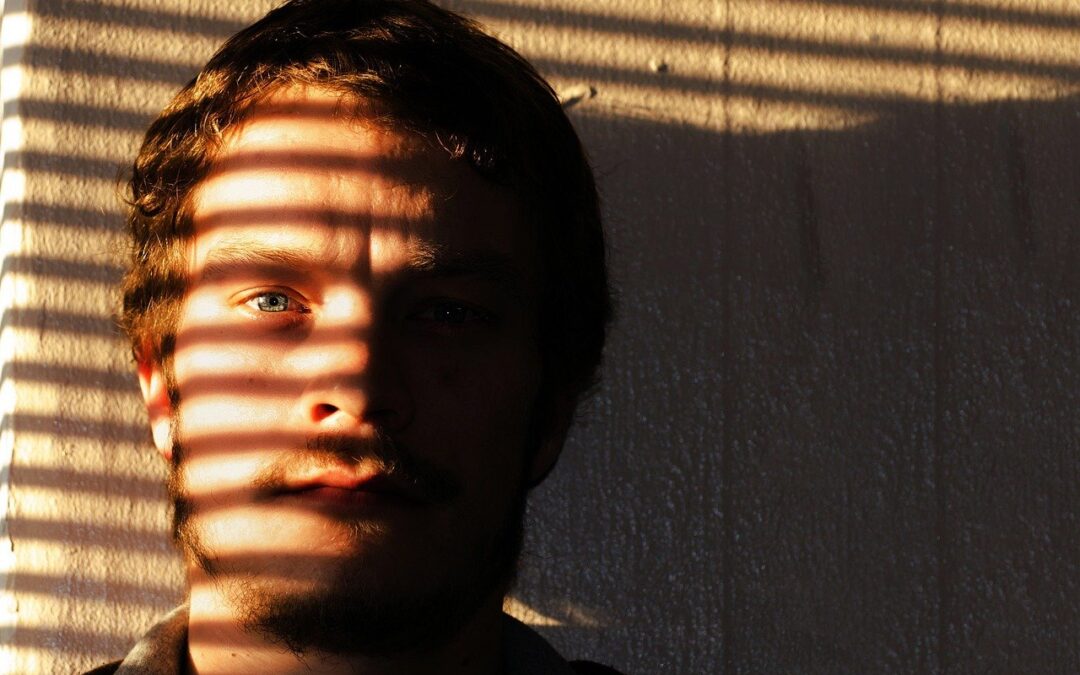 Peter cam in to see me because he had been promoted to a managerial position, looking after 20 staff. He was concerned about his people skills, describing himself as emotionally blocked. He said that when others became emotional or upset, his instinct was to run from the person, or else he would become angry, as if the person was imposing themselves upon him.

Essentially Peter could not handle emotional states in others. This caused him to withdraw in relationships, from marriage to fatherhood, work, friendships and other interactions. He reported to have always been like this. When I asked about the logical reason behind this, he said that his upbringing was violent.

Emotionally Blocked in Response to Violence

The domestic violence began with his father, who then left the family, leaving Peter feeling abandoned. The father was only to be replaced by an aggressive step-father. We did a regression to ascertain the earliest time when Peter developed this overwhelm response to emotional situations. It could have been from any number of incidents, with heavy objects being flung at Peter, and his mother, or else hurled around the room. It could have been when Peter’s father left the scene. It could even have been from inside the womb as Peter absorbed his mother’s fear and pain. But it wasn’t.

The interesting thing about regression is that it often comes from an unexpected source. Partly that’s because we have already processed and analysed the more obvious events in our histories. While these too have their fare share of posing as the initial trigger event, we can never assume.

When we traced back the cause of Peter’s emotionally blocked responses, we came to his step father, and the scene was non-violent. Peter recalled sitting in the car with his step father who was taking him to football training. The implication from his step father was that Peter needed to be tough. It was an activity the step father approved of, because it was a masculine, high contact sport that required an aggressive approach in order to win. Effectively, Peter felt as though the step father was trying to mould him to become like himself, and Peter was horrified by this idea.

Peter’s regression was interesting because it was more analytical than most. Often clients will be drawn back to an emotional response, such as embarrassment, loss, grief, feelings of unworthiness, fear, et cetera, that occurs during an event. But Peter’s emotionally blocked behaviour of not dealing with others’ emotions, came down to the idea that he might turn out like a man who he feared and disapproved of.

I have seen several male clients with emotionally blocked behaviours, and often it is due to the father figure they experienced in their childhood. Often the reaction to these experiences for the client has been be to become like the aggressor, with the belief having formed that being emotional leads to aggression. Even Peter did sometimes respond with anger in the face of the emotional expression of others, as if he were being forced to behave like his step father. But to want to run from it predominantly is Peter’s unconscious way of saying “No, I cannot follow in your footsteps”. But that then leaves the question, “How am I supposed to react to things?”

We reframed the scene that triggered Peter’s emotionally blocked issues, so that Peter can now remember his past in a more resourceful way, and that underlying belief that emotion leads to violence can become less and less important. If you need addressing emotionally blocked behaviour, we can help. Horizons Clinical Hypnotherapy Sunshine Coast