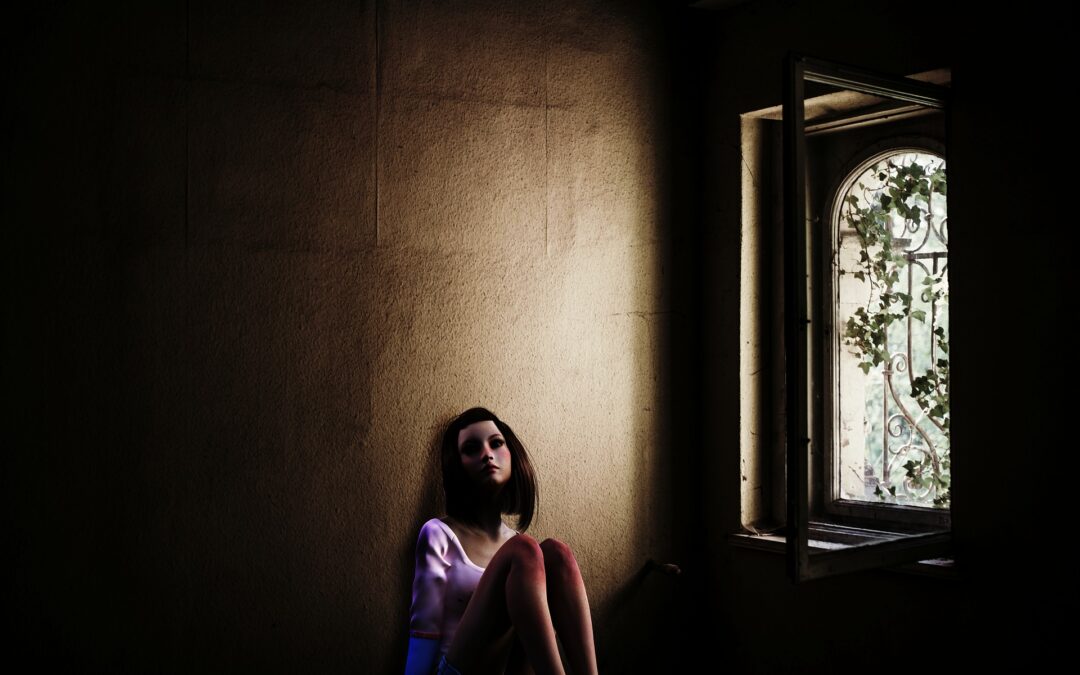 Over the years I have come into contact with clients who are experiencing psychosis. Psychosis is when a person experiences something that isn’t there, and cannot tell the difference between what is real and what is imagined. Hypnosis and psychosis are contraindicated, because hypnosis can trigger the condition, and so I am careful in screening clients. However, every now and then, one slips through, either because they were not honest with me, they have not been diagnosed, or the condition was in the past and they, or their doctor, thought it would be safe. If you are experiencing psychosis, it is best for you to try a different therapy, in conjunction with medical treatment

Gemma was a 17 years old girl with a past history of experiencing psychosis, stemming from emotional and physical abuse. Whenever Gemma met anyone who resembled her abuser, she suffered panic attacks and feelings of self-loathing. Gemma had not experienced psychosis for several years however. Gemma’s mother was desperate to help her daughter and she inquired about hypnotherapy to help Gemma resolve the triggers that created the anxiety.

Gemma’s mum began by telling me that she did not want Gemma to have to relive the experience, and that I would only work on the triggers. I explained that for me to help Gemma, I would in fact need for Gemma to review the original abuse incidents which started the problem. I was clear in advising her that I could not perform my work otherwise. The mum agreed, thinking that since the psychotic episodes were in the past, Gemma would be OK. I then explained that, due to Gemma’s history, if she wanted to proceed, I would need a letter from Gemma’s doctor.

I received the letter from the doctor a week later. I emailed Gemma’s mum and said that now I was comfortable to proceed, and reminded her that we would be retracing the past. It was agreed.

Gemma came to see me one morning, soon after. She was a quiet, creative, sensitive girl. She said she was very nervous. I explained that hypnotherapy is very different to what you see on TV, and that is is not about mind control, but more of a process of imagination. She explained some of her symptoms to me, which included anxiety and sleep disturbance.

We commenced by putting Gemma’s timeline in order, to help her unconscious mind understand that the abusive events lay in the past, not the present. This way her unconscious could begin to gain some ‘space’ from the original triggers. We then did a regression where Gemma essentially rewrote the original abuse events so that the experience was more optimal for her, rather than making her feel like a victim. This took a few attempts as Gemma was washing over some of the events in an attempt to avoid them.

We finally got there, and Gemma commented that she felt better and that things could be OK in the future. Remember that ‘OK’ is a good result in session one, for someone who had trouble even conceiving of a future, free of pain. I was anticipating three sessions for Gemma.

I next attempted to perform the rewind technique on Gemma’s actual abuse events so that we could reinforce the regression we just completed. The rewind is especially useful for trauma and PTSD, and it requires the client to visualise the event clearly, so as to manipulating it in an advantageous way. At this point Gemma said she could not think of anything. I clarified her feedback – “So, I’m asking you to remember the sequence of what happened that time with those flashbacks that keep coming back to you.” Again she said that nothing comes to mind. This did not make any sense. Gemma was experiencing flashbacks, which were causing her anxiety, yet she was saying that she couldn’t remember anything. .

At this point I believe that Gemma was afraid of experiencing psychosis if she focused on the incident, and sensed that perhaps Gemma was not feeling safe. When I checked, she only repeated that she could not remember. Rather than pressure her, I decided to put Gemma into a nice, relaxing trance and take a step back with the material. Rather than looking at the detail, we would go ‘big picture’ and get Gemma to focus on separating the positive from the negative incidents in her life. She enjoyed that hypnosis very much and gave me the thumbs up signal.

After we finished, I explained to her mother that Gemma was not able to visualise the abuse events for us to address, in detail. But that we did do some solid work which I felt formed a good foundation for Gemma’s healing. However that for a second session, Gemma would need to be ready to look at the detail. Gemma’s mother became agitated and said that Gemma can remember the detail and does so, often. She paid and left. A few hours later she sent me a rude text message suggesting that she should not have paid me because I did not resolve Gemma’s trauma. I was gobsmacked.

Aside form the fact that I was reluctant to take Gemma on initially, due to her past of experiencing psychosis, and that I would only do so with a doctor’s consent, I cannot force my clients to engage. Secondly it would be unusual for a client to heal from such trauma in just one session. Hypnotherapy is a collaborative therapy. It is not a magic pill solution to any issue.

I was disheartened by Gemma’s mother’s response. In fact she had pushed Gemma to try hypnotherapy and she had ignored my warnings that hypnosis can actually trigger psychosis, which is why I deferred to Gemma’s GP. Gemma’s response was probably more due to being pressured into trying hypnosis that by any techniques I did with her. Gemma’s mother’s desperation is understandable , but she also needed to take responsibility for creating this situation where Gemma was feeling too overwhelmed to recall, or be willing to recall, the details of her abuse.

This story outlines some of the issues in working with children who do not come to the clinic through their own choice. For hypnotherapy to work, you need to be ready, and willing. Hypnotherapy is not something that you can or should force onto anyone. I’m happy to say that this is only the second incident of this kind I have experienced as a practitioner. The very next day I worked with a 16 years old who was suffering from obsessive compulsive disorder and according to her mother, she was back to her old self by dinner, which is also very unusual to show such a dramatic result in one session. We did some more work to reinforce the outcome. The major difference between this client and Gemma is that this client wanted to do hypnotherapy.

If you have a child with an emotionally based problem that you think may be helped by hypnotherapy, you really need to make sure that they also want to try it. If that’s the case, I’d be happy to see them if they are 16 years or older.