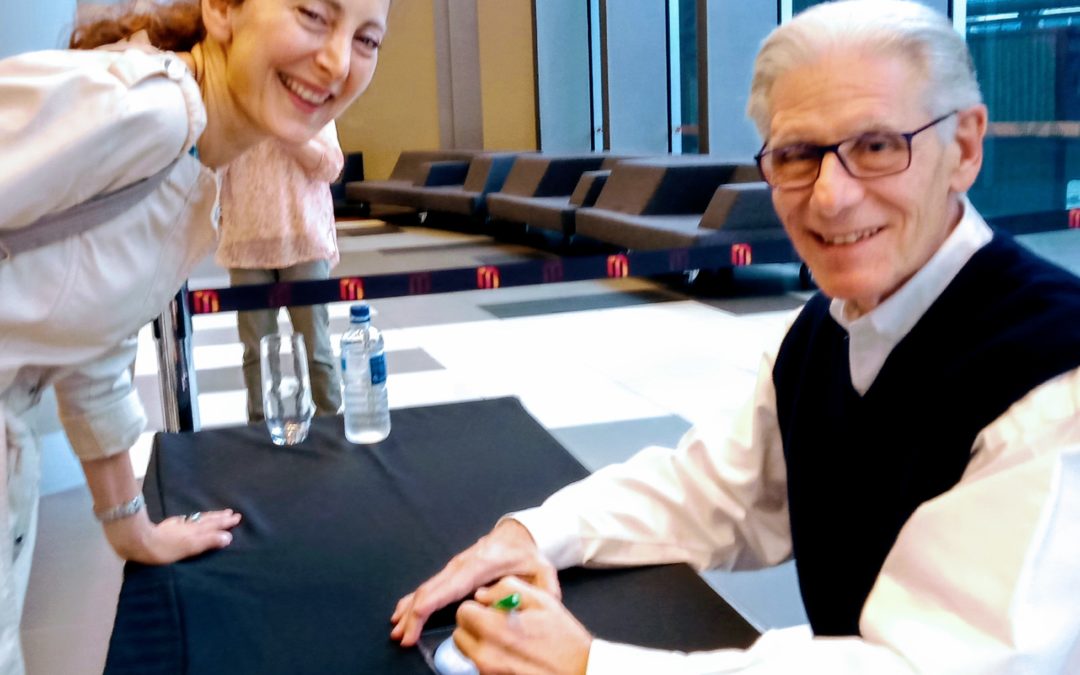 Last weekend I spent three days in Melbourne in the company of Dr Brian Weiss, a psychiatrist from New York. I was one of hundreds in his chair, so to speak, as we explored his methods into past life regression. His key focus is on past life healing, particularly healing past life trauma for present life well being.

Who is Brian Weiss?

Dr Weiss is an internationally acclaimed expert in this field of past life healing, having stumbled across it in his practice around 40 years ago. As a rising career psychiatrist in a hospital in the United States, being public about past life regression was courageous. He had a reputation to uphold. But when he met his patient, Catherine, it changed his paradigm and he could not keep silent. He was transformed, as was she.

Catherine was plagued with multiple fears and anxieties which dramatically impacted her health. One day in her regression, which is a standard psychiatric technique, she didn’t stop at childhood. She kept going back, back, back. As a predominantly analytical man, Dr Weiss was curious and skeptical. He became fascinated with the information he received but also obsessed with proof and verifying the information which came forth. Catherine was able to give him the validation he needed.

His analytical mind still needed more, and he continued seeking further proof of the existence of past lives for several years, both through his own patients and through researching other accounts. Eventually he reached a point of saturation where he was satisfied, and he needed no more evidence. He stopped looking for proof some time ago. He also stopped trying to prove the existence of past lives to other skeptics. Instead he became focused on teaching others how to perform past life healing.

How does one heal through past life regression?

An example of healing through past life regression from one of my clients involves anxiety related to not fitting in. My client had always felt a disconnect between himself and others. Through a regression he went back to a time, in the distant past, as a tribesman who was outcast, left to fend for himself. In our session he revisited this ordeal, accepted his experience and was able to let it go. This regression also enabled him to heal the pain of separation that he had experienced in this lifetime, and in all his lifetimes since. The session literally transformed his life and his perspective.

When Dr Weiss met Catherine, she not only revealed her personal story of evolution, she also revealed a higher wisdom. Through these sessions Dr Weiss was able to connect to the insights of higher spiritual beings who shed light on the big issues, such as life purpose. These beings used Catherine to communicate through, during the regression. In his training Dr Weiss teaches some of the methods he uses to access this information.

Can anyone have a past life experience?

New York is definitely on my list of professional development opportunities, but the three day workshop was an education in itself. The way I perform past life regressions is enhanced from this experience.