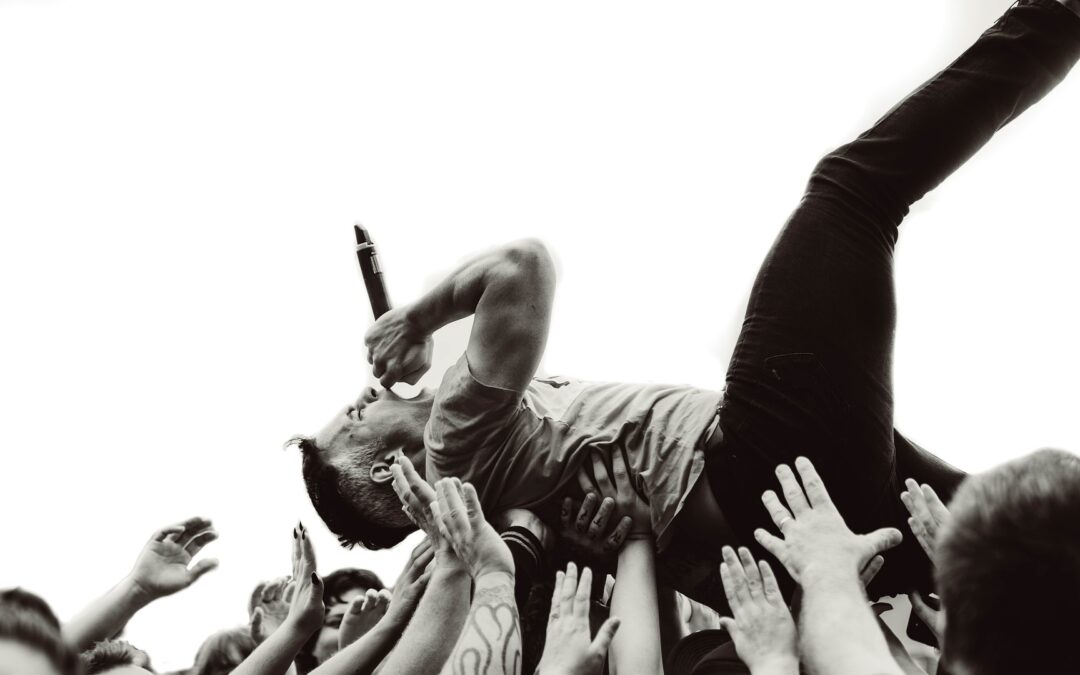 Performance anxiety has a number of contexts – on stage, in meetings, in the bedroom, during exams, to name a few. Anytime the focus is on you to perform, performance anxiety could be lurking, if you are harboring a fear of judgement, a fear of failure, a fear of success, a fear of crowds, or other phobias and limiting beliefs.

Most of my performance anxiety clients can gauge the parameters around the issue, for instance, it only happens when… This might depend on how many people, are present, or what the status of the audience is – are they friend or foe? Are bosses or colleagues? What’s at stake?

With sitting for exams, for example, the person may competently understand the content of the exam, but they may be stumped by the seemingly unfriendly environment, along with the knowledge that the outcome of the next 45 minutes or so could affect their future in a significant way. A work meeting or interview has a similar frame…

In the bedroom the person may have no issues performing privately, but a fear of judgement and the prospect of blunting a growing relationship, could undercut their confidence on the night. On stage, the elements are aligned in a similar way. “I’m great in front of the mirror, but as soon as the curtain goes up…”

Performance anxiety is usually about underlying feelings of ‘not good enough’. Ask yourself this… If you felt generally good enough, as a person, would you have this problem? Another possibility is around safety, such as when a fear of crowds is apparent, or even a fear of being judged by a few VIPs around the table who could potentially block your path. So ask yourself this one… If you felt safe, would you have this problem? In my clinic, these are two of the most common unconscious beliefs that I have seen to cause performance anxiety.

Angela is 16 years old and only has another year or so to go before completing her studies. She is a gifted artist and musician. She struggles with math and science. After school finishes she plans to pursue a music career. However, in the last 12 months, Angela has developed performance anxiety while on stage. When we explored other concurrent changes that took place in Angela’s life that might have triggered this anxiety, she could immediately describe two incidents which made her feel unsafe, and to cause her to question her ability.

The first thing that happened was that Angela’s music teacher was replaced by someone new. The new teacher did not have the rapport with Angela that her previous teacher did. Her previous teacher was there for Angela when Angela was struggling with an emotionally charged domestic situation. Angela considered her old teacher an ally, and a friend. She had assisted Angela through emotional despair, and had helped her to rise to her potential. On the other hand, Angela viewed the new teacher as an outsider. She felt unsupported and vulnerable.

Secondly, while Angela’s immediate family are strongly supportive of her career direction (which is very fortunate as many would find otherwise), other members of her family do not value Angela’s talents. These others are conservative in nature and would like Angela to be more cautious with her choices, focusing instead on math and science, for example. While Angela was able to keep their opinions at bay, that all changed when she performed a classic song for them, and they did not approve of her rendition of it. It was too modern for them.

What Angela neglected to see was that this was a judgement based on tastes, not talent, and she was crushed. Angela’s underlying belief is that she is not good enough, based on the incidents that made her feel abandoned at school (unsafe), and a failure in meeting the expectations of certain conservative family members (not good enough).

Angela’s performance anxiety crept in almost immediately upon the change of teacher, and then escalated after her performance at home.

We reframed Angela’s understanding of feeling unsafe and not good enough, through various methods. We did regression, hypnosis and lots of neuro-linguistic programming to help Angela build the confidence that she deserves. We worked with the inner child; and we ‘reprogrammed’ Angela’s vision of the future to match a vision that is worthy of her efforts. I have every confidence that Angela will smash the stage in years to come, and I look forward t seeing her on the big screen.

If you have a belief that is holding you back, maybe it’s time to stop wasting your potential? Horizons Clinical Hypnotherapy Noosa.