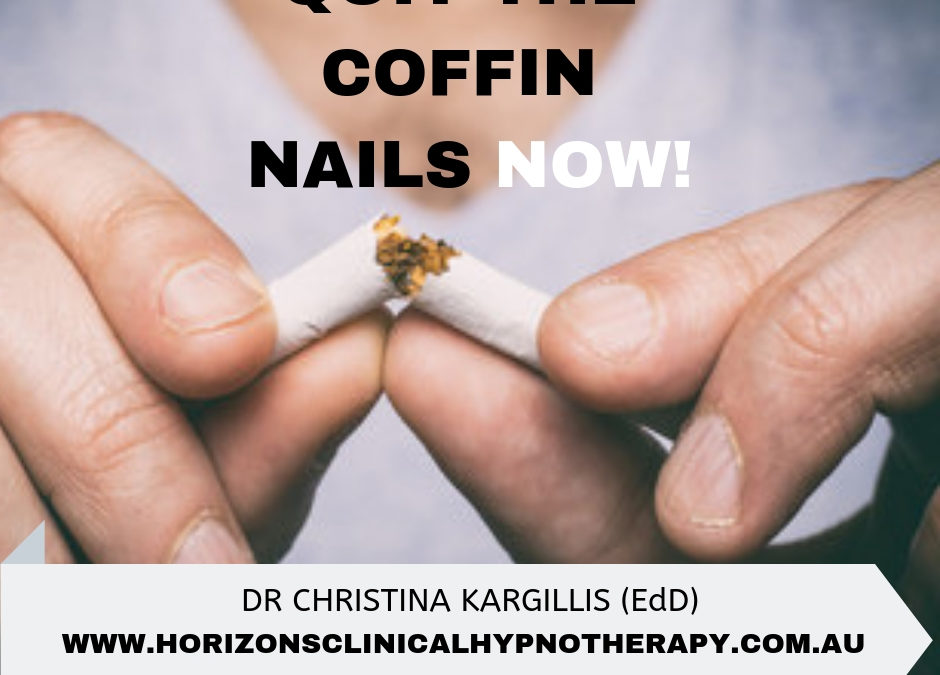 To quit smoking is a three part process of resolving the the underlying cause; turning the client off cigarettes; and building a new self image. The challenge varies – depending on what is underlying the addiction. For very few people it is purely habit. Far more often it is something people do to mask an underlying belief, or emotional block.

I once had a client who used to smoke as a way of hiding from others. The smoke was literally like a smoke screen. She felt it gave her something to do that would distance herself from others, because no-one would want to be around her when she smoked. Until she realised this, it was a real challenge for her to quit smoking.

I have had many clients who use smoking as a cue to relaxation, even though nicotine is a stimulant. It is the ‘perceived’ sense of relaxation that they smoke for. Another client would smoke as a way of punishing himself because he felt he wasn’t good enough. With all of these unconscious ‘reasons’, hypnosis can work to draw out this logic and make it very clear to the person that the logic is flawed and simply doesn’t make sense. We also go about resolving that underlying block.

We then set the unconscious mind to work, finding better and more viable alternatives to do instead of the smoking, while setting to work to physically turn the person off cigarettes. This part of the process can be quite confronting.

A third element to quitting smoking is to build a new version of the person as a non-smoker. All this needs to happen at the same time.

Even with a person who smokes purely out of habit, without any underlying emotions, they will find that building a new version of themselves is a very powerful part of the process. Book a session