Regressing back in time 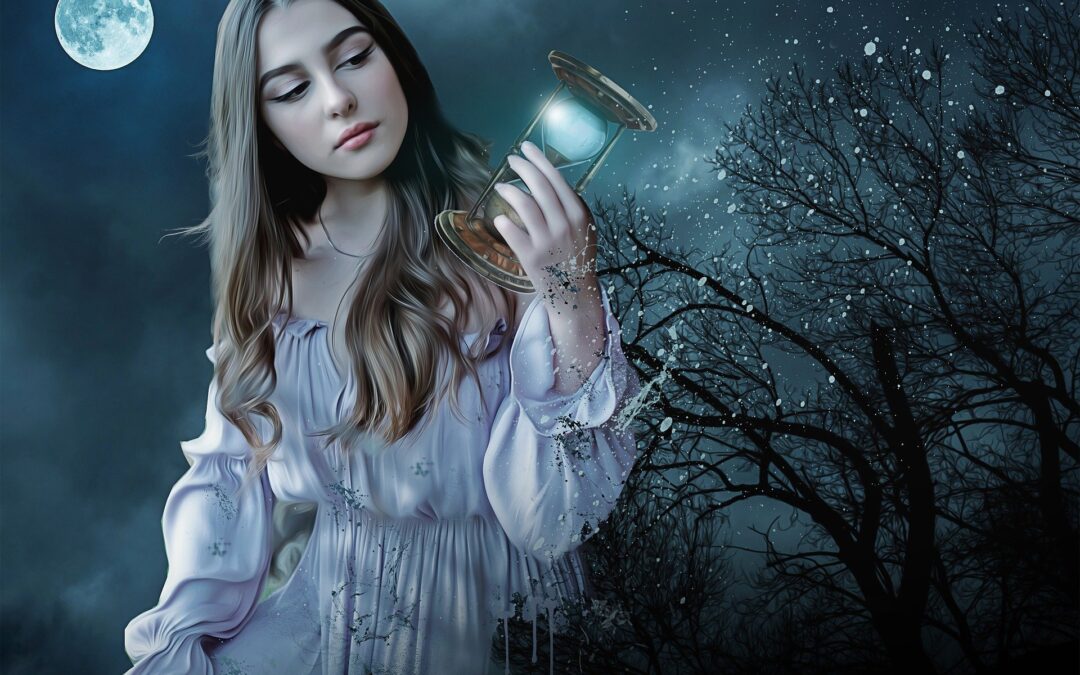 I often do regressions as part of a treatment. Some people call it timeline therapy, others call it age regression, or hypno analysis. I just call it regression. There are some technical differences but essentially I am guiding my client back in time. Regressing back in time can transport a client back to a traumatic event, where it can be healed; or back to the first time they ever experienced that problem feeling (usually referred to as the initial sensitising event). But regressing back in time can also take my client back to the womb, or even back to before they were born. Occasionally I will have a client who regresses back to a past life.

How far I go when regressing my client will depend upon that problem feeling and we stop when we find the cause, no matter how many centuries some clients may travel. Regressing back in time is the same technique that some past life hypnotherapists also use to transport their clients back in time. I suppose the main difference is that, unless I am performing a past life regression for someone specifically, I am more interested in finding the problem source so that we can heal it, regardless of where, in time, it sits.

Mandy had a problem with feeling blocked, that she could not express herself. Logically we thought it might have something to do with her upbringing which was Middle Eastern and which placed female children as voiceless and powerless. Mandy felt that she could not express her opinion at work, or in her relationship without a ‘drama’ resulting. She said that she became so anxious about voicing her opinion that she would allow the anxiety to build up inside her and then she would explode, rather than discuss her views calmly.

We thought some more about Mandy’s upbringing and felt it was likely that she experienced feelings of abandonment that added to her anxiety because she was left to the care of relatives when she was young, and later sent for to join her parents in Australia. Having been briefed about her unusual circumstances, I was expecting that our regression would take Mandy back to that early time when she was essentially deserted by her family. But not so…

Mandy’s regression took us past that point in her life, further back, past her existence as a baby, further back, past her development in the womb, and still further back, past her conception. In that ‘in-between’ state before coming to life by inhabiting a body, Mandy still had that feeling that she described as rejection. I led her back into her most previous life and the feeling was still there. We traveled back several hundred years until Many found the origin of that problem feeling.

Mandy found herself as a young woman in a European country landscape, where she lived in a small village. The villagers treated her as an outcast because her views were considered radical. Mandy lived in fear as someone on the outskirts of community. She felt truly alone. Back then especially but still today, in some cases, it is a matter of survival to be accepted by the village.

In early times it was physically dangerous to be the outsider as you could be attacked by a person, or eaten by a lion. Being alone is usually a position of vulnerability. The exceptions to this through history often revolved around spiritual quests where faith and spiritual values provided fortitude and respect was often given to such individuals, making them less vulnerable. Today, if you live alone, off the grid so to speak, you are more likely to survive than before due to technology. Yet many of us would still be vulnerable living this way.

Mandy’s fear of rejection was therefore a good reason for anxiety, where anxiety is useful in a fight, fright (or freeze) scenario because it gives you the oomph to get moving, fast, or to fight of your attacker. There is no other real need for anxiety. So we healed the source of Mandy’s anxiety by exploring this past life, and Mandy was able to come forwards in time, with a new sense of inner peace.

Is regressing back in time, real?

When Mandy was regressing back in time, was it real, or metaphorical I hear you ask? The answer is, I don’t know. Studies show that half the population will be amenable to recalling false facts, and of those, 30 per cent will even ‘remember’ details around those false facts. But the more important answer is, it doesn’t matter because this recollection is how Mandy’s unconscious mind represents her fear of rejection. The occurrence of travelling back in time, past her current existence, may indicate that the feeling of rejection was very deep and settled in. The other important part is that we located it, on some level, in a way that made sense to Mandy’s own unconscious mind. And that is the only way that we could ever hope to tackle it – within her own framework.

You don’t have to believe in past lives to undergo a regression, you just need to see where the process takes you. If you have a problem feeling or behaviour that is causing you woe, perhaps it is time to do something about it? Horizons Clinical Hypnotherapy Noosa.