Self-Doubt – That Voice in Your Head 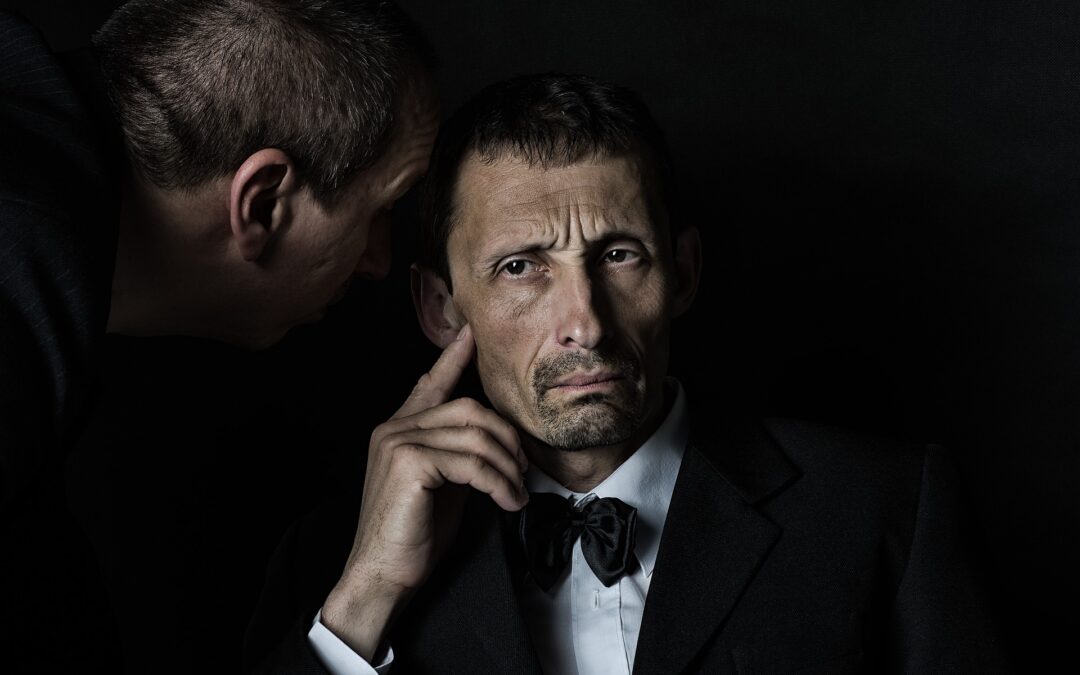 People experience self-doubt in different ways. Some people feel their heart race increase while others might freeze in response to having to make a decision. Often there is an anxiety or a depression component to the response – these are both the result of feeling overwhelmed. Self-doubt is also often accompanied by negative self talk – that voice in your head.

What is That Voice in Your Head Trying to Say?

That voice – is s/he angry, smug, condescending, wimpish, nasty, creepy, cold, sneaky or something else relatively unpleasant? Is that voice in your head telling you the truth, or is it lying to you? This question of course is the essence of self-doubt – you simply don’t know anymore. At first you knew it was not to be trusted, but then it started happening so often you forgot what ‘normal’ is. That voice in your head has become the new normal.

S/he may be telling you that you will fail, that everything will fall apart, that you’re not good enough for your partner and that they will cheat on you or leave you and you will end up alone. That voice might be trying to tell you not to bother with something like a weight loss goal, or a job promotion. That voice might be telling you that no-one likes you, that you don’t fi in. I’m not talking about auditory hallucinations here, I’m talking about your own self-doubt. And s/he just keeps getting louder.

How is that Self-Doubt represented?

This is a very important question. Is that voice a high pitch or a low pitch, or somewhere in between? Is it fast or slow? What is the mood behind the voice – angry, silly, sarcastic et cetera? Where do you sense that voice – is it actually in the head, or is it in the chest, for example. Defining the characteristics of that voice helps you to know exactly what you are dealing with, and then, yes, you can change it. Think of that voice as a character in a novel – really give it an identity. The how is far more important than the why. Asking why will lead you down a long path of psychoanalysis (some of which we do in session, and I am interested in why, to a certain extent), but how allows you to then do it differently, so that it simply stops affecting you. Let me explain…

David was an athlete, a runner. He had won several races and he was passionate about his sport. Yet he suffered from crippling self-doubt that constantly told him to quit while he was ahead, that he was only getting older and was running out of time, that there will always be someone better than him, that he wouldn’t make it, and that he would fail. David was still fairly young.

That voice in his head was trying to put a stop to David’s blossoming career. Why? Well that comes down to feelings of not being good enough which we tackled through a regression process and other belief change work. That’s a whole other post. But that nagging voice still hung around, as an echo, even though we had changed his mindset. This is because years of believing he was not good enough, despite his success, had created a pattern, and patterns need to be broken.

There are a few techniques I love to use for such a situation:

1 – Eye movements : certain eye movements correlate with different parts of the brain, that tell the brain what’s going on. For example, most (but not all) people will look up and to the right when they are either making something up (as with lying, for example) or creating something new, as with imagining a better future, developing creative ideas ort other positive uses of that faculty. There is also an eye direction for auditory information. Most people (but not all) can glance directly to their left (not up or down) in order to access this zone and use it to feed the brain new information in an auditory way. So if you have just finished giving yourself a verbal beating of self-doubt, you simply look to your left and say something to counter those negative thoughts, such as “I’ve got this”.

2 – Swish : Say that voice tells you that you are a loser and it says it in a fast, angry, low pitched and growling manner. You switch the characteristics of that message with the characteristics of a positive message, so that “I am a loser” might end up sounding flimsy, light and happy, high pitched and said with love. This way the message loses its meaning. The words become sounds rather than instruments of communication. There is much more to this technique and so this is fraction of its application but you get the drift. The how is crucial here. How the message is said actually holds the meaning, rather than the words themselves.

3 – Drowning Out the Voice : Imagine someone else has called you a loser and it has stuck with you over time. Perhaps it was a parent or someone influential. Locate the sensation of those hurtful words in the body. Think of other times that you have been told the opposite, where you have received words of love. As if conducting an orchestra, build the sounds of that loving orchestra to literally drown out the negative words.

4 – Replace the Voice : Think of someone you consider to be an absolute fool. This person is a joke and you would never believe anything they say. If you don’t know anyone like that, think of a politician or another public personality who you find ridiculous. I could name a few. Now imagine that it is their voice in your head telling you that you are a loser. What is your response now?

There are many ways to break a pattern of self-doubt, these are just a handful that work particularly well with auditory messages. Breaking auditory patterns can actually be quite fun because you start to realise quite quickly that you are in control. If you would like to work on your self-doubt or confidence issues, get in touch. Horizons Clinical Hypnotherapy Sunshine Coast.