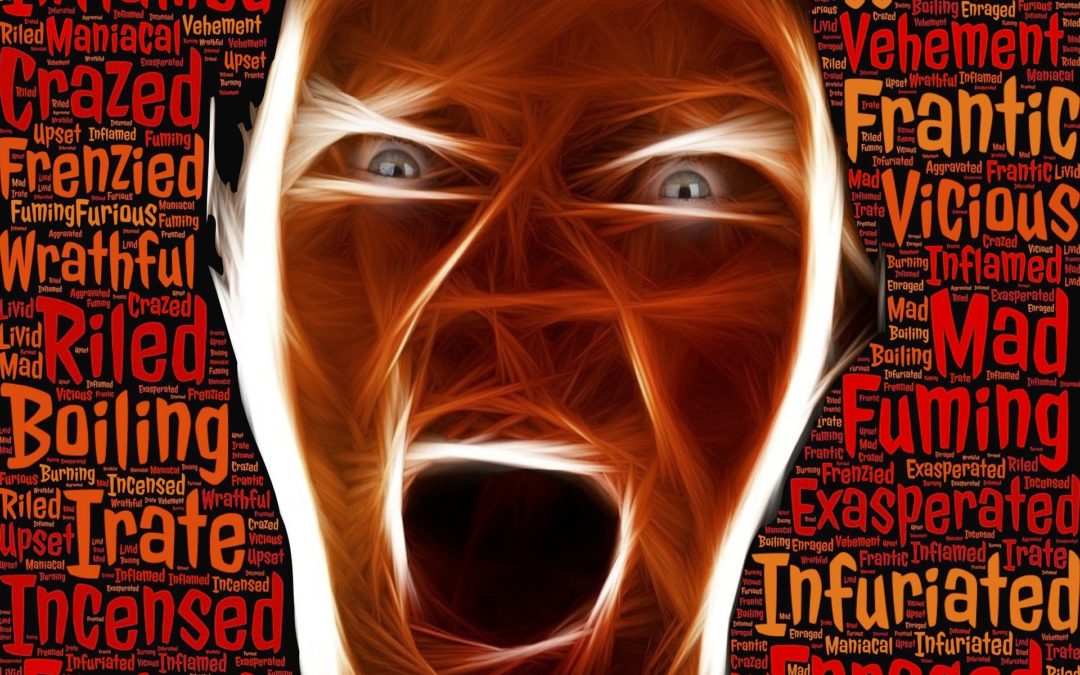 There is a spectrum of human emotions which underpin many of our behaviours, and anger is a key player in this game. Anger often presents in relation to weight issue, alcohol abuse, trauma, anxiety and depression as well as relationship problems. It is usually the emotion underneath the perceived problem, and t is not usually what a client will come to me for. Nevertheless, anger needs to be shifted and resolved before we can make progress with the perceived problem.

If anger is present, we don’t usually need to look to hard. We will see is its appearance as we attempt to work through the more obvious issues.

For example, I was treating a client for trauma recently who suffered abuse as a child. He was experiencing strong symptoms of panic and other anxiety behaviours. As we transformed the anxious feeling, the anger came out, fierce and dark and out of control. His unconscious mind wanted to let us know that it was really, really angry. This feeling had been lurking there the whole time. He was angry at what the abuser had stolen from him; and angry at how the situation had left my client, with limited skills to form a positive relationship.

Naturally, when needed to turn our attention to the anger, and to transform this emotion, before any further progress could be made. Timeline regression turned out to be a powerful technique for this job. In a nutshell, we identified emotional resources that my client could have benefited from, at the time of the abuse, which would have prevented him from experiencing the pain which he endured through the traumatic event. Once he was able to rewrite his past, without the pain, the anger dropped away, as if it was never there. We could then continue the work and deal with the trauma itself.

In shifting this angry stance on life, my client was able to envision a future characterised by harmony and self-acceptance, rather than regret, shame, anger, pain and lowered expectations. It is as if her were reborn, with a good luck story, rather than a curse. My client’s symptoms of anxiety dwindles away to nothing. His panic attacks ceased and he gained hope, which is a very important commodity.

If you have something holding you back, whether or not you identify it as anger, it might be worth a look.