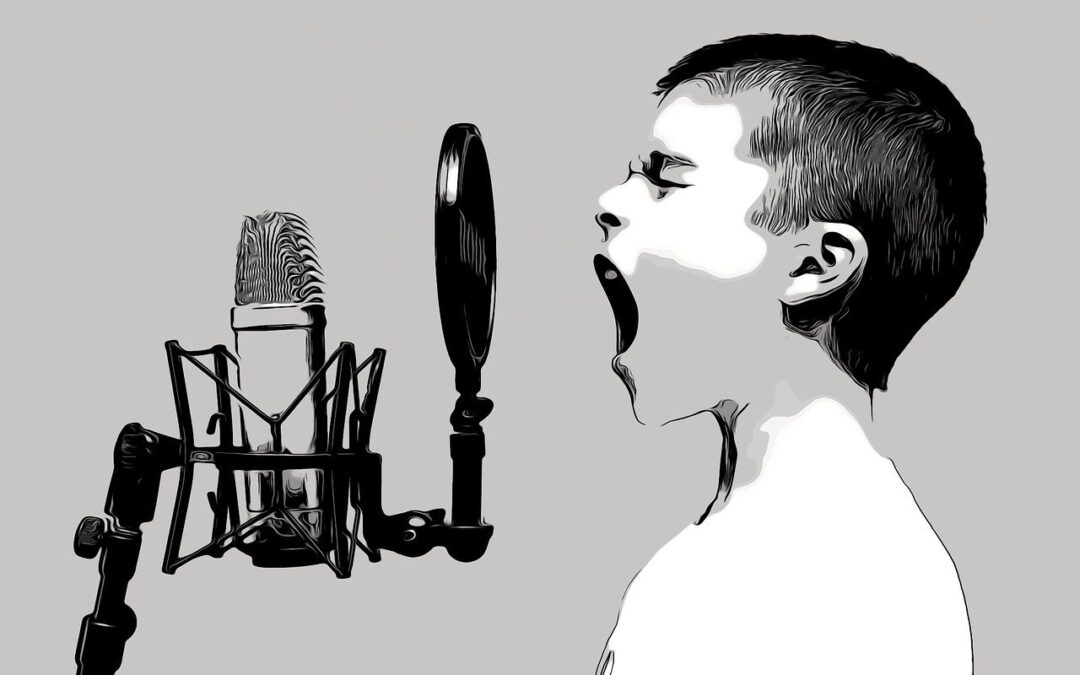 When clients come in with problems around low self-esteem, anxiety, depression and trauma, it often involves a sense of not being heard, or not having been heard at a crucial time in their life story. It makes sense then that these clients need to find their voice. Finding your voice involves the right to self expression, the right to speak your mind, the right to take control of what you want for yourself, instead of being ‘managed’ by others.

Sometimes people feel ‘managed’ by their partners, the bureaucracy where they work, their family, their group of friends. If you were raised in an environment where you were silenced as a regular occurrence, you may have grown up with a feeling of being gagged. If you have suffered bullying in a workplace you may have felt silenced. If you have a partner who constantly corrects you or argues with your point of view, you may feel overshadowed. If you are usually ridiculed by your friends when you state your opinion you may feel devalued. This is a way of managing you, so that control stays with them. If you have had enough of feeling like a second class citizen, finding your voice is key.

Finding your voice with calm

There are two ways to go about finding your voice – the defensive way, and the calm way. If you expend your energy on defending your position, you are always fighting. Sometimes it is important to fight, but if you adopt an attitude of calm, you get your point across, without breaking a sweat. This way you can sustain your voice, without wearing it out, so to speak.

Ray was a troubled teenager who had been bullied at school, relentlessly, since he was four years old. He was laughed at by the other kids; he was bashed; he was ignored by the teachers. He eventually found a school with better values. But he still carried the scars of those earlier years. Ray developed an inner strength through this turmoil. He learnt to say ‘stop’ and ‘no’. He learnt to defy his aggressors. He thought he had found his voice in doing this, but he was in a constant state of war, having to fight, all the time. This was in fact an anxious state, although he didn’t identify with himself as having anxiety. Essentially his amygdala, in his brain, were in a hyperactive state. They were switched on all the time. This is a hyper state. We worked on calming down this hyper state by introducing a sense of calm control into that new found strength. He could instantly see the difference. Now his voice was even stronger, because it sprung from a place of equilibrium and of control. When a person is fighting for control, they are not in control. When they are calm at their very core, their voice carries that sense of control, naturally. Finding your voice does not need to be a war cry, it can be more like a song, so to speak.

Trish was sexually harassed at work. She held a middle management position in a government department, and her boss, the harasser, was a high ranking politician. The situation was highly distressing for her. The organisation was used to the politician’s behaviour and turned a blind eye, because he was central to the organisation’s survival. After several months of attempting to install stronger boundaries, Trish went to HR to seek a transfer. She was moved to another floor, but still within the same division. During this phase of the harassment, her new boss began making sexual innuendos as he passed by her desk. It seemed to have become a systematic approach, as some kind of punishment for her daring to speak out. Now also the entire division had turned against her as if she were the toube maker, because her boss was the one who brought in the money. Confidentially he was told by the sexual harassment officer hat the HR boss warned her not to assist Trish. The harassment and bullying in this organisation started at the core. Trish eventually resigned and needed to get her sense of self empowerment back as she suffered a type of PTSD, following this series of incidents. Trish had used her voice but still, noone listened.

In retrospect Trish would have been better off either leaving when she realised that her boss would continue to disrespect her, despite her attempts; or consulting a legal firm and pressing charges. Going half way only extended the trauma for Trish. Finding your voice in this type of scenario starts with clear boundaries. While fighting was important in this case, a calm centre would have made that fight so much easier, and shorter. That calm centre comes with a clarity about what your next steps are, by mapping out the situation and knowing, with certainty, what you will do. That knowledge not only provides a sense of peace, but strength. It was Trish’s confusion, and the fact that she felt helpless and ganged-up against, that perpetuated this issue. She was intimidated by the bureaucracy, yet brave enough to say something. Clarity about her rights and consequentially, her actions, would have given Trish that inner calm, instead of waiting on this corrupt organisation to step up.

In hypnotherapy, there is a technique called responding to criticism which is one of the activities I did with Trish to help her regain her sense of self, and her voice. We also worked extensively on healing the trauma.

Finding your voice is important in life. Without a voice, you will be managed by others who seek control. Be the calm – don’t fight for control, allow it to naturally grow from a calm space on the inside. Certainty about your position and clear boundaries are central to this.